COMPREHENSIVE ADVICE ON SPANISH AND ITALIAN LAW IN BELFAST

AN EFFECTIVE PROFESSIONAL TO SOLVE YOUR PROBLEMS ABROAD

I am a Spanish and Italian lawyer. I can assist you with any legal procedures or any issues related to Spain and Italy: from property law to employment law, divorce proceedings, tax returns, setting up and winding up a company, debt recovery, trademarks, insurance and medical negligence claims, criminal law.

What makes me different?

I am a fully qualified lawyer in Spain and in Italy, working from Belfast.

I can assist you solving many issues in Spain and Italy as a solicitor would do.

I can also defend you in a Spanish or an Italian Court as a barrister would do.

You just count on one experienced professional.

Conveyancing in Spain and Italy. 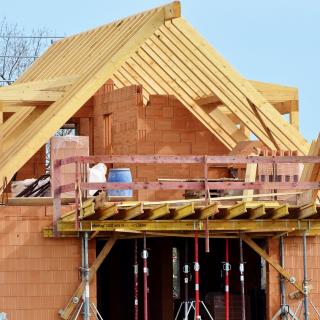 Conveyancing in Spain and Italy.

Spanish property - off plan purchase - advance payments, declaration of bankruptcy of the developer, claiming money back from the bank

END_OF_DOCUMENT_TOKEN_TO_BE_REPLACED

General Information about Data Protection in the UK (English)

Augusto Scerrato was suggested to me by someone from the Italian community in Belfast. I quickly discovered him as a reliable and supportive person. He came up promptly with a detailed plan regarding the schedule of the relevant dates, time, location and expenses, so I knew what I had to face up with.

As the law case took place in Italy, before every hearing Augusto Scerrato informed me in time about the dates, so I could take time off from work and organise my journeys. He was always available to speak to him, being informative in layman’s terms, happy to repeat if I didn’t understand or forgot.

Furthermore, his excellent guidance and friendly personal touch are defining him as an amazing solicitor. I would recommend him to any of my friends or family.

From my personal experience from the very first day their level of professionalism and experience gave me the confidence to have faith in what they do. Due to my circumstances as an Englishman in Spain and not being fluent in the Spanish language, it was hard to convey my innocence in the jurisdiction. This was because when the authorities assigned me with their default local government lawyer who was not good, he didn't speak any English and made my situation even tougher to resolve by telling me to say nothing.

I was a student in Spain who was falsely accused, and as a foreigner they didn't take my word or understand things from my point of view. It's a scary situation to be in when you don't know what has been said, and what will happen to you. You are treated as guilty until proven innocent.

The Law Firm provided me with the best possible support and advice to gain my freedom without going to jail. They ensure that they visited me regularly while in custody.

I can only be ever so thankful for my freedom and it would have been ideal to have known the law firm beforehand as things would have been easier. But the assigned default local government lawyer made my situation worst.

The law Firm is also listed on the British Consulate list for British Nationals to contact if they need legal representation. They also have Spanish and English speaking lawyers which made it possible to gather relevant information to help with my case. They work and support each other jointly due to the language barrier for some of their clients.

I would highly recommend the Law Firm for the effort they made to obtain a bail for me as quickly as possible even when I have lost hope of being released in bail.

Augusto Scerrato has been extremely helpful acting on my behalf in all dealings connected with having a property in Spain while I have been living overseas. He liaised with the co-owner community, City Hall (including going there in person), scanned post for me to deal with and dealt with the Spanish Tax Agency (Hacienda).

It has spared me many a headache,

Melissa
Client with property in Spain

I have three offices across Europe, so I can offer you help where you need it.